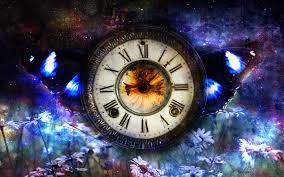 Its really been 5 years since I left this blog in 2010. I’ve since finished my B.S. in Engineering, as well as an M.S. in Control Systems, and am gainfully employed in Southern California. That means I have a paycheck now, and can actually afford hobbies and pasttimes. I won’t starve again!

I used to collect, buy, and sell playing cards on Ebay. You might not know, but I was the sole seller of those Friar’s Club decks on Ebay, for a while, I still have a few bricks…so maybe that’ll be my first review to start.

I’ve noticed a good number of decks that have came out over the years, mostly through Kickstarter. There are quite a few outstanding ones I’d like to pick up, so I’ll have to get on that. Ellusionist, DnD, T11, and Blue Crown are still around, but I’ve noticed a couple newcomers as well.

I’ve got a business trip coming up, and most of my collection is back home, so expect this blog to be revived starting mid-April 2015. This blog will be undergoing some cosmetic changes in the meantime.

Stay tuned for the next mild installment of Ramblerkudos!